What Is Tajweed Quran | Tajweed Meaning

What Is Tajweed Quran!

What Is The Meaning Of Tajweed!

What Does Tajweed Mean!

“The one who was devoted to the Qur’an will be told on the Day of Resurrection: ‘Recite and ascend (in ranks) as you used to recite when you were in the world. Your rank will be at the last Ayah you recite.”

If you are a new student on the Quran Learning Journey, then you must have heard the term “Tajweed” often. Actually, Tajweed Rules play a critical role in Quran Recitation and Quran Learning overall.

In this Article, you’ll learn how to learn Tajweed, it’s definition and importance, in addition to important facts about Tajweed that every Muslim should know.

Let’s know what Tajweed is because it helps us recite in a proper manner similar to the way the Quran was revealed and recited by the Prophet (PBUH). All these reasons make all Muslims strive to enhance and improve intonation and to master Quran Recitation in general.

In light of the talk of what is Tajweed – The term “Tajweed” implies “Improvement.”

Tajweed of the Holy Qur’an is the understanding and implementation of recitation guidelines such that the Quran is read as the Prophet Mohammed (PBUH) recited it.

Tajweed derives from the root word “Jawdah,” which means “Quality.”
– It is Arabic for “improvement” or “to make things better.”
– It is a linguistic term that signifies “proficiency” or “doing something well”.

How Do You Study Tajweed Rules?

Enroll yourself in a good Online Tajweed Class to learn with a Professional Tajweed Tutor on our website Mishkah Academy for Kids and Adults.

How Long Does It Take To Learn Tajweed!

The amount of time each person takes to learn to read the holy Quran with Tajweed Rules differs based on how much time the person spends every day learning. Some Mushaf uses the color-coded Tajweed rules to make it easier for the reader to notice them and it would be a good idea to start learning using them.

It’s very important to recite Quran with Tajweed to avoid mistakes in pronouncing words of Allah (SWT). Actually, committing a mistake in one single letter may cause misunderstanding or wrong interpretation of the whole verse (Ayah).

The problem with reading without Tajweed is that the way you read Quran is different from the traditional Arabic. It requires a special understanding of the language which will help you in reading the verses as they are meant to be. That particular set that governs the way how you are going to pronounce a word is known as Tajweed. Therefore, you cannot do good with the reading of the Quran without learning Tajweed.

Or add to it, and recite the Qur’an with measured recitation.

The Quran [73:4]Since the Quran was revealed in Arabic, Tajweed plays a critical role in its preservation from any alteration or manipulation, because the purpose of learning Tajweed is to obtain the satisfaction of Allah with the servant’s recitation of the Noble Qur’an’ and also thereby lead him to high ranks in the Hereafter.

Furthermore, when you listen to Quran recitation with Tajweed, you feel like your heart is melting in the love of Allah (SWT) & Quran. Whether a Muslim or a non-Muslim, hearing the recitation of Quran applying Tajweed rules influences and captures the heart.

The Qur’an is the word of Allah, and its every syllable is from Allah. Its recitation must be taken very seriously. The purpose of the Science of Tajweed in essence is to make the reciter proficient in reciting the Quran, observing the correct pronunciation of every letter with the rulings and characteristics which apply to each letter, without any exaggeration or deficiency. And so through this the reciter can recite the Quran upon the way of the Prophet pbuh. as he received it from Gabriel who received it from Allah (SWT) in the Classical Arabic dialect that it came down in.

Rule for Reading Quran With Tajweed!

Muhammad bin Al-Jazaree the greatest Tajweed Qur’an Scholar says in his famous poem, detailing the Rules of Tajweed: And applying Tajweed is an issue of absolute necessity, whoever doesn’t apply Tajweed to the Quran, then a sinner is he.

So he regarded it as an obligation and he regarded leaving it as a sin. And the majority of scholars agree that applying the Tajweed rules of Qur’an are an individual obligation upon every Muslim. That is because the Qur’an was revealed with the Tajweed rules applied to it and the Prophet (SAW) recited it back to Gabriel in that way and the Companions of the Prophet (SAW) read it in that way, so it is an established Sunnah.

At the time of the Prophet (SAW) there was no need for people to study Tajweed because they talked with what is now known as Tajweed so it was natural for them. When the Arabs started mixing with the non-Arabs as Islam spread, mistakes in Qur’an recitation started appearing, so the scholars had to record the rules. Now, because the everyday Arabic that Arabs speak has changed so much from the Classical Arabic with which the Qur’an was revealed, even Arabs have to study Tajweed.

Contact us today and start your Tajweed classes online!

Mishkah Academy will assist you in learning that through a group of expert specialists who studied at AL-AZHAR University with Ijazah (permission certificate) and are qualified to teach Quran with Tajweed using many effective techniques to allow you to learn quickly and successfully.

Whenever you are going to take classes over the internet, make sure you undertake the ones that help you to learning Quran with Tajweed Online. Once you finish Tajweed Quran Course, you will become able to read the Holy Quran with Tajweed on your own. 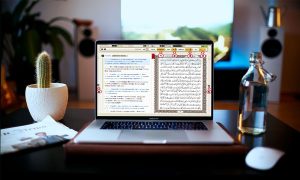 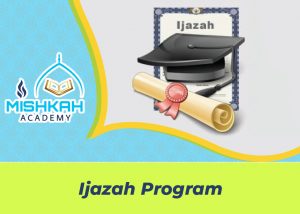 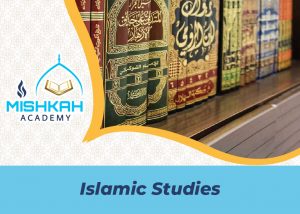 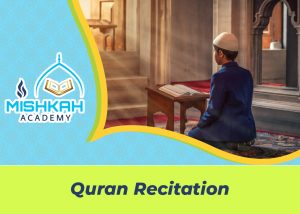